This forgotten Puyo Puyo ripoff could have been even more forgettable.

The game is an alternative version of TokiMemo to put it mildly with a more futuristic setting and instead of being a high school student, you are a pilot-in-training for the elite « Union Military Academy ». Being developed by Success and published by GAGA Communications in 1997, it should come as no surprise that they would throw their hat into the ring – there were TONS of dating / management sims to come out of Japan over the decades (especially from the early 90s to mid 00s). « Daisuki » (which literally translates to « I Love You ») is one of the titles that got lost in the shuffle or written off before it was fully explored. Given the sheer over-saturation of these games on the market, it’s not too surprising (a few Japanese mags did review it, but these were more along the lines of « soft reviews » or first impressions), but it is a bit unfortunate; Daisuki has some exquisite pixel art (which shys away from using photo-realistic backdrops found in some other games and lovingly uses pixels for the whole she-bang), a good variety of ladies to woo, a large variety of actions to raise your character’s parameters and areas you can visit, a nice and vast soundtrack (featuring over 70 BGMs), a multitude of events for all the characters, loads of great voiced dialogue, miscellaneous accents such as the ability to change your cursors, borders, fillers, etc., some different mini-games to break up the monotony (which hinge on your stats for success), and more tropes than you can shake a stick at. At a glance, it looks like a great game for fans of these types of games, and it is with the right mindset… but it is not for the faint of heart.

For one, the game is not at all import-friendly… this obviously doesn’t matter to native Japanese players, but yeah. Besides the game having loads of dialogue options, they are always shuffled around during play. That’s not the only thing that’s random though… almost all relation-building events are random too! While you « can » aim for certain girls, it is not done in the best way – too much compatibility pretty much locks out other gals and unlike normal sims where you can attempt to reach out to any prospective female with dates or gifts, these girls randomly reach out to you instead. This means that, besides knowing all the right answers, you will have to heavily abuse save-scumming to get with certain ladies. If it ended there, that would be that, but it doesn’t; you cannot save of your own accord… the game has very sporadic points in which you can save your progress (between semesters).

As an example, I was trying to get more acquainted with pretty green waifu (Hisui, aka « Doc ») and kept loading my game with no variation to my schedule at all. For numbers sake, let’s say I loaded 50 times. In a one week period, I ran into Akane, Meine and Bang a lot (which is expected as I had the highest affinity with them), but was constantly asked on dates by Bang, never asked on a proper date with the other two (even though their parameters were higher) and got asked on a date ONCE with Doc even though I spoke to her all of three times during my run where we went to a park and sat on a bench. On top of that, I ran into a major event with Chrome who got a nasty cut after she fell jogging, and I swooped in like Superman to save her. There is a fairly extensive physical / personality assessment at the start of the game which affects starting stats and attractiveness with the game’s heroines, but the game is a little too random for its own good and this makes staying together with any one girl very difficult.

Conversely, the game is quite enjoyable if you’re just going with the flow and have no set agenda in mind. You can get all kinds of rewards for your in-game actions as you clear different tasks and get different certifications (proficiency and licenses for the Army, Navy, Airforce and Spaceforce), and there’s enough scenes and variation in the same date spots where it won’t get stale for at least two or three playthroughs. There is one girl you can only go after if you’ve cleared the game at least once. You can’t speed through spoken dialogue, but you at least have an option to turn it off if you want to speed the game up. There’s also a 2nd special disk with narrated side-stories for the three most popular characters (Akane, Hisui and Ryu-ri) and even a neat song sung by Ayumi Yamaguchi 山口あゆみ for the game from when she was an emerging idol at only fifteen years old and, to sweeten the deal, there’s a reference to MORTAL KOMBAT in the game… how many gal games have that!?!

At the end of the day, the game is cheap (like most gal games) and enjoys small cult classic status… it’s good to know that in 1997, a group of designers knew Mortal Kombat would still be relevant near the end of the 23rd century. I may not « daisuki » this game, but maybe I « sukidayo » this game. This is a video showing many things in action. The MK reference was tacked to the end for posterity. Enjoy.

Notes: This game is known within Japanese gaming circles for crashing pretty frequently when triggering events with certain girls. I have not had these issues, but the game is pretty vast, so I wouldn’t be surprised if it was true. The game also has a few routes that have to be pursued a very specific way or you run the great risk of getting kicked out of the academy (you can’t flunk X amount of subjects for example or you will get expelled). As there are almost no videos of gameplay for this game on the Internet, this is a loooong video. Feel free to jump around. The MK reference is at 2:36:54

Dragon’s Dream (ドラゴンズドリーム) was an MMORPG jointly developed by Fujitsu & Sega and published by Sega in 1997, exclusively in Japan.
It was the first online multiplayer RPG released for a home console, 3 years before Phantasy Star Online would hit Dreamcast in 2000.

The game was never available for retail in stores, but was offered for FREE upon request from Sega & Nifty Serve. Sega distributed the software for FREE to promote the Saturn’s online capabilities in Japan, and because profits would come from the service.

The game utilized and required the Sega Net Modem and Saturn Keyboard. There were rumors of an Xband version in development, but no such version ever materialized.

The game basically plays out like a 3D Dungeon Crawler RPG, similar to Shining the Holy Ark or the Etrian games.

The player logs into the game by launching the client software and dialing up to the NiftyServe access point.
*(play via the Internet was not implemented)

In TOWN, you would create new player characters and buy/sell items.
It also functioned as the « lobby » area, including general chat, bulletin board and mail transmission/reception.

BARS scattered across the city were basically « chat rooms » where you would form new parties and head out for dungeon exploration.

A unique DUNGEON was generated for each party, and separate parties would not encounter each other during the adventure.

A later software update had planned to implement dungeons that would allows multiple parties to coexist and encounter each other.

NiftyServe used only a single cross-platform server for the game world, and all participants would play on the same server, regardless of platform. That means that both Sega Saturn and Windows users would occupy the same game world and could form parties together.

There were two main WORLDS, the world of the human race « MESSERIA » and the parallel world of the demons « TAIZERIA ».

An experiment conducted by scientists in Messeria was said to have caused a hole in space-time, resulting in an invasion of the demons from Taizeria.

Starting from each city, players would proceed to a separate dungeon quest.

TAIZERIA - has no cities, but only bars, forts and dungeons, as it is the world of demons.

Players could select any of the following 8 races to create their Player Character:

Though Dragon’s Dream was eagerly anticipated by some Japanese gamers as the first online console RPG, it had trouble gaining awareness among the mass consumer market. In addition to this, the additional cost of the required modem and keyboard presented a greater barrier to entry.

At the time, participation fees (such as the Data Management & Play Connection fee) adopted by many online games today, had not yet been introduced to the public, and these considerable costs were significant obstacles when it came to marketing the game to consumers. With a « pay-as-you-go » system, dedicated game play resulted in a higher overall cost, often exceeding 100,000 yen per month in communication fees.

Most Japanese gaming news outlets focused on and criticized its service fees, and as a result, many players withdrew after only a short period of time. Just four months after the service launched, the Play Connection Fees were cut by 40% along with the introduction of the Windows PC version. The high cost of running such a robust server in the late 90’s, combined with the significant price cut to consumers yielded insufficient profit to sustain operation. As a result, the service ended after just two years of operation.

During its operation, however, the small number of total participants contributed to a close cooperation and exchange between players.
This experience later informed SEGA’s development of Phantasy Star Online and the Dreamcast’s Online services. 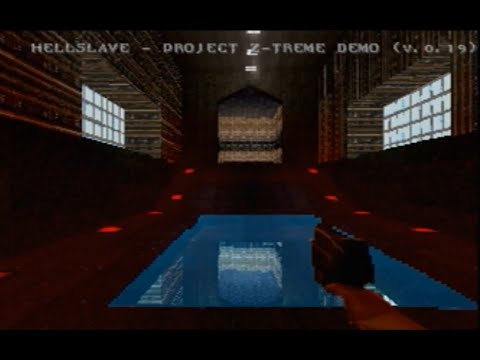 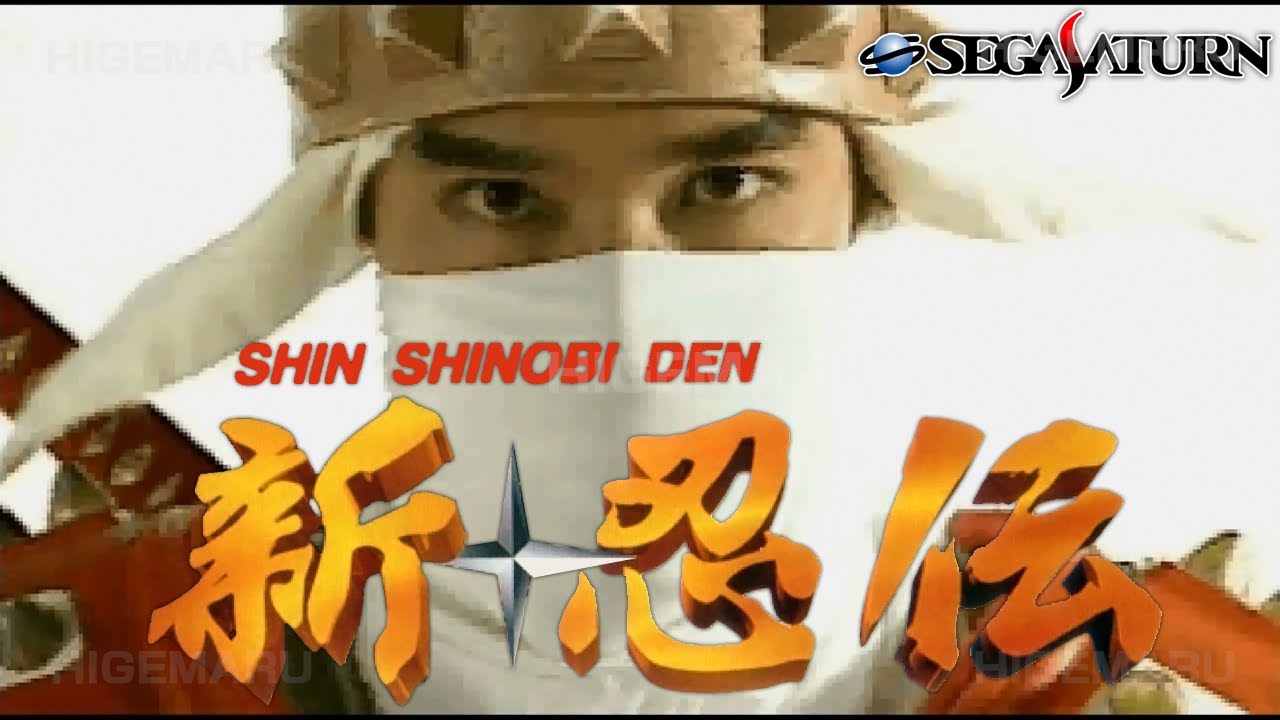 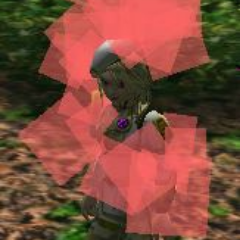 Some small updates to the #BurningRangers tribute demo made with #Unity3d. @okanotion This is dedicated to you and the rest of #SonicTeam. https://t.co/yLOPP3ogGC
1 J'aime